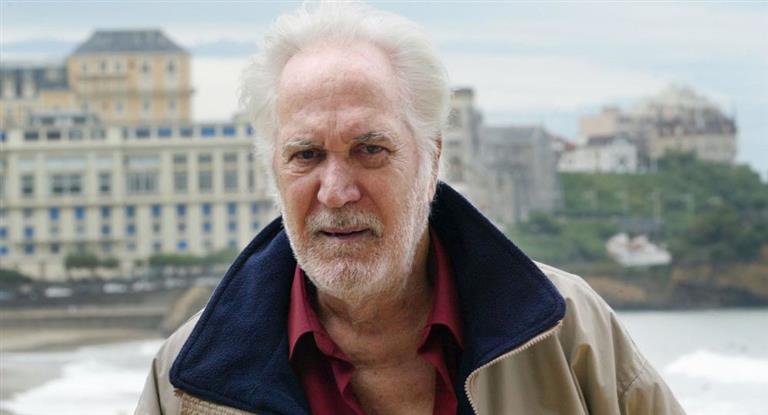 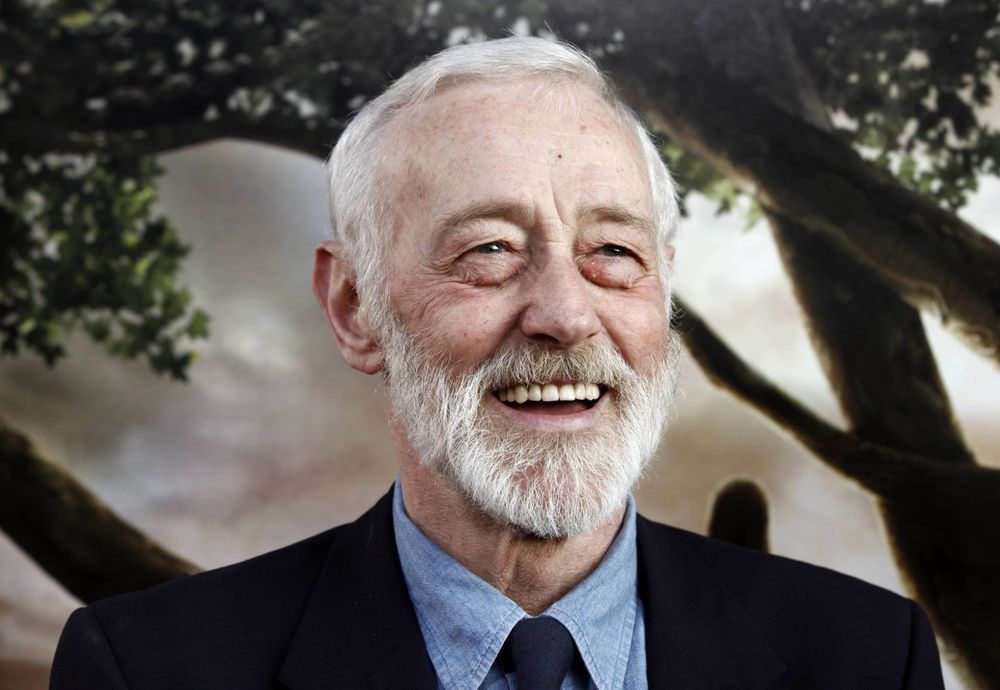 
A celebrated Shakespearean stage actor from Canada, he did all his work on the 1968 classic in postproduction, then voiced another computer for Woody Allen's 'Sleeper.'

Douglas Rain, the veteran Canadian stage actor who provided the soft and gentle voice of the rogue HAL 9000 computer for Stanley Kubrick's classic 2001: A Space Odyssey and its sequel, has died. He was 90.

A native of Winnipeg, Manitoba, Rain trained at the Old Vic Theatre in London, performed in a host of Shakespearean plays at the Stratford Festival and received a Tony Award nomination in 1972 for his turn opposite Claire Bloom in Robert Bolt's Vivat! Vivat Regina!.

The first drafts of the 2001 script had HAL being voiced by a woman and was called Athena; afterward, it was decided that the computer should sound more like a man. Nigel Davenport, Martin Balsam and others were tried out  and ruled out  before and during filming of the 1968 sci-fi thriller.

"Well, we had some difficulty deciding exactly what HAL should sound like, and Marty just sounded a little bit too colloquially American, whereas Rain had the kind of bland mid-Atlantic accent we felt was right for the part," Kubrick told Newsday film critic Joseph Gelmis in an interview for the 1970 book The Film Director as Superstar.

Kubrick told Rain that he had made the computer "too emotional and too human." So, in late 1967, the actor flew to New York City and spent a day and a half  about 9 1/2 hours in all  to voice HAL.

As reported on the blog 2010: The Year We Make Contact, Rain "did the recordings with his bare feet resting on a pillow, in order to maintain the required relaxed tone."

Rain rarely spoke about the work in 2001 that made him an aural immortal. He left that to others, including 2001 star Keir Dullea.

"He's the main character of the film as far as I'm concerned," the actor, who played Cmdr. David Bowman, said in a 2016 interview. "It was brilliant casting. Something about his voice, it was perfect. It was unusual."

For the scenes on the set with Dullea  like when HAL famously says, "I am sorry, Dave, I am afraid I cannot do that"  the computer was voiced by assistant director Derek Cracknell, a Brit; for scenes with Gary Lockwood, who played the astronaut Frank Poole, it was Kubrick who often supplied the lines.

As Rain's HAL tells a BBC reporter in the film: "The 9000 series is the most reliable computer ever made. No 9000 computer has ever made a mistake or distorted information. We are all, by any practical definition of the words, foolproof and incapable of error."

Woody Allen convinced Rain to voice another evil computer in his futuristic comedy Sleeper (1973), and in 1984, Peter Hyams talked him into returning as HAL for the sequel 2010. Ken Segall, then Apple's creative director at TBWA/Chiat/Day, wasn't as lucky when the actor declined to participate in a Super Bowl commercial about the Y2K bug.

"Rain was unmovable," Segall wrote on his website in February 2017. "He was an artist, and he didn't stoop to doing commercials."

The HAL 9000 computer, voiced by Douglas Rain, in '2001: A Space Odyssey.'
Born in 1928, Douglas Rain attended the University of Manitoba, worked in radio dramas and studied acting at the Banff School of Fine Arts in Alberta. In 1950, he left for a two-year apprenticeship at the Old Vic.

Rain came home in 1953 to become a co-founding member of Stratford Shakespearean Festival. He made his Broadway bow in 1956 in Tamburlaine the Great at the Winter Garden Theatre, and a year later worked with fellow Canadian William Shatner in the movie Oedipus Rex, directed by Stratford co-founder Tyrone Guthrie.

Producer Ivor Powell (Alien, Blade Runner), who also worked on 2001, noted a few years ago that Rain had narrated a 1960 National Film Board of Canada short film called Universe. An inspired Kubrick reportedly had seen that film nearly a hundred times and certainly was aware of Rain's abilities.

According to the Year We Make Contact blog, Rain recited his 2001 lines in the New York studio "with Kubrick sitting four feet across" from him. He never saw a foot of the film until he watched it in a theater months later.

His long association with Stratford included star turns as another "Hal"  King Henry V  in Henry V, which was made into a TV production in 1966; as Macbeth opposite Maggie Smith in 1978; as Shylock in The Merchant of Venice in 1996; and as Sir Thomas More in A Man for All Seasons in 1998.

"Canadian theater has lost one of its greatest talents and a guiding light in its development," festival artistic director Antoni Cimolino said Sunday. "Douglas Rain was that rare artist  an actor deeply admired by other actors. The voice of HAL in 2001: A Space Odyssey, Douglas shared many of the same qualities as Kubricks iconic creation  precision, strength of steel, enigma and infinite intelligence, as well as a wicked sense of humor.

"But those of us lucky enough to have worked with Douglas soon solved his riddle and discovered that at the center of his mystery lay warmth and humanity, evidenced in his care for the young members of our profession. Douglas dedicated his talent to the stages of his native land, and we are proud in return to dedicate the coming season's production of Othello to his memory. We owe him so much."

Rain was married to and divorced from veteran Canadian actress Martha Henry, his second wife. Survivors include his sons David and Adam and granddaughter Salima.

Rain also narrated the 1975 Oscar-winning documentary The Man Who Skied Everest, but that and all of his years in front of cameras and on stages could not compete with the 9 1/2 hours he spent on 2001.

"He's a classical actor in Canada," Dullea told NPR in 2010. "This is not a quote, but I'm told that his attitude is, 'I've done Shakespeare and the classics for 50 years, and all anyone wants to talk to me about is a film that I worked on for two days.'"