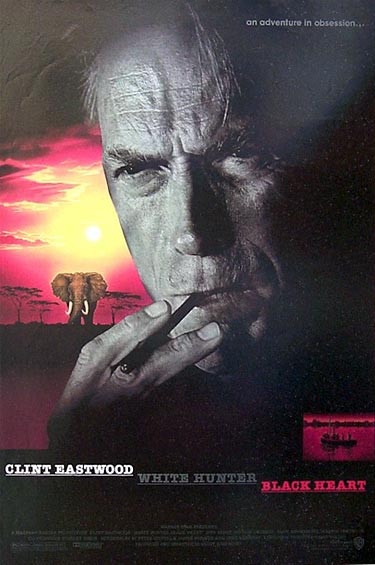 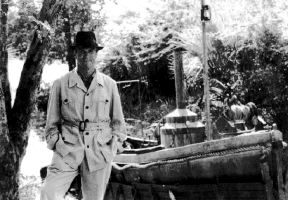 Cita:
MARGARET: I'm not keen on London. I had to live there during the war and I got awfully fed up with it.

WILSON: Well I rather enjoyed it during the war. The people behaved so magnificently.

WILSON: Not true, not true. I did a film about the London Blitz. I was all over town.

MARGARET: You can't have spent much time in Soho, where I lived.

WILSON: Why do you say that, dear?

MARGARET: I thought the people there were just horrid. There were an awful lot of Jews in that neighborhood.

VERRILL: Margaret. I must warn you, I'm a Jew.

MARGARET: You're pulling my leg!

VERRILL: No, I'm not pulling your leg, Margaret. I'm a Jew.

MARGARET: Oh, I don't believe you. (Back to Wilson) I know I shouldn't say this, but that was the one thing about which I felt Hitler was absolutely right.

WILSON: Now, Margaret... the man has just gotten through warning you.

MARGARET: Because the Jews in London were awful. They ran the black market and they didn't go into the army. And when they did, they got themselves cushy jobs. Of course, there were upper-class Jews, but I'm not talking about them. I'm talking about the kikes in Soho, the foreigners.

VERRILL: Margaret. Margaret... my grandparents were kikes. My father and my mother were kikes... and I'm a kike.

MARGARET: Well, you don't mean to tell me that you're Jewish too?

WILSON: No, absolutely not, �cause that would be a lie, and I wouldn't want to lie to you ever. But, I would like to tell you a little story, though.

WILSON: Well, you mustn't interrupt now, because you're way too beautiful to interrupt people. When I was in London in the early 40's, I was dining one evening at The Savoy with a rather select group of people. And sitting next to me was a very beautiful lady, much like yoruself.

MARGARET: Now you're pulling my leg.

WILSON: Now, just listen dear. While we were dining and the bombs were falling and we were all talking about Hitler and comparing him with Napoleon, and we were all being really brilliant; and then, suddenly, this beautiful lady, she spoke up and said that that was the thing that she didn't mind about Hitler, was the way he was treating the Jews. Well, we all started arguing with her, of course, though mind you, no one at the table was Jewish. But, she persisted. Are you listening, honey?

WILSON: That's right. You're way too beautiful for that. Anyway, she went on to say that that's how she felt about it. That if she had her way, she would kill them all... burn them in ovens like Hitler. We all sat there in silence. And then, finally, I leaned over to her and I said, "Madam, I have dined with some of the ugliest god damn bitches in my time. And I have dined with some of the god damnest ugly bitches in this world. But, you, my dear, are the ugliest bitch of them all." Well, anyway, she got up to leave and she tripped over her chair and fell on the floor, and we all just sat there. No one raised a hand to help her. And finally when she picked herself up, I said to her one more time... "You, my dear, are the ugliest god damn bitch I have ever dined with." And do you know what happened? The very next day she reported me to the American Embassy and they brought me in for reprimand, and then when they investigated it, they found out that she was a German agent and they locked her up. Isn't that amazing?

MARGARET: Why did you tell me that story?

WILSON: Oh, I don't know. It wasn't because I thought you were a German agent, honey. But, I was tempted tonight to say the very same thing to you, I didn't want you to think I'd never said it before. You ma'am are the..... well, you know the rest. (Pause) Care for some champagne, honey?

MARGARET: No, thank you.

MARGARET: Well, it's getting late. I think I'd better go back to my room.

WILSON: Well, Pete and I will accompany you.

MARGARET: There's no need. (She runs off)

WILSON: (Calling after her) No bother at all. Goodnight, Margaret.

VERRILL: Sorry, John. I know you wanted to get laid.

WILSON: Well, that's all right, kid. You can't help it if you're a kike.

compartir
citar
Yo la ví por el rollo del cine dentro del cine.Tampoco veo que sea excesivamente sesuda.A mi me pareció buena y entretenida.
_______________________
We know who you are and we know where you live and we know there's no need to forgive
Pág. 1, 2  SiguienteResponder